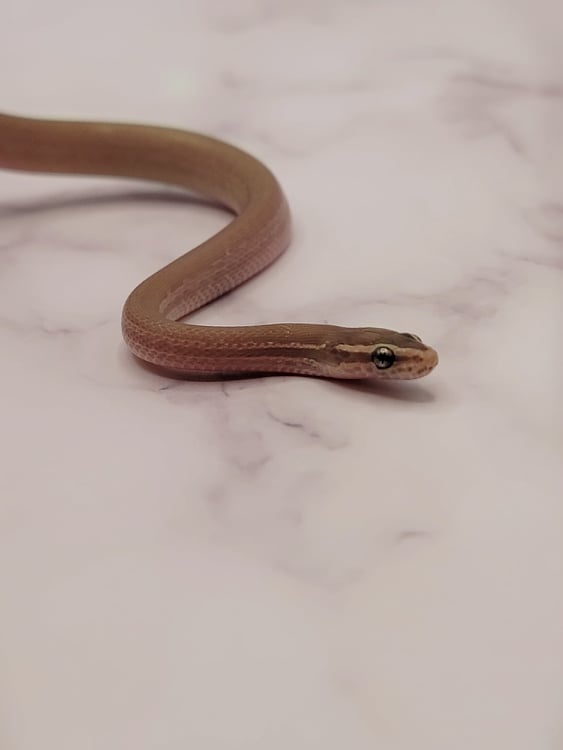 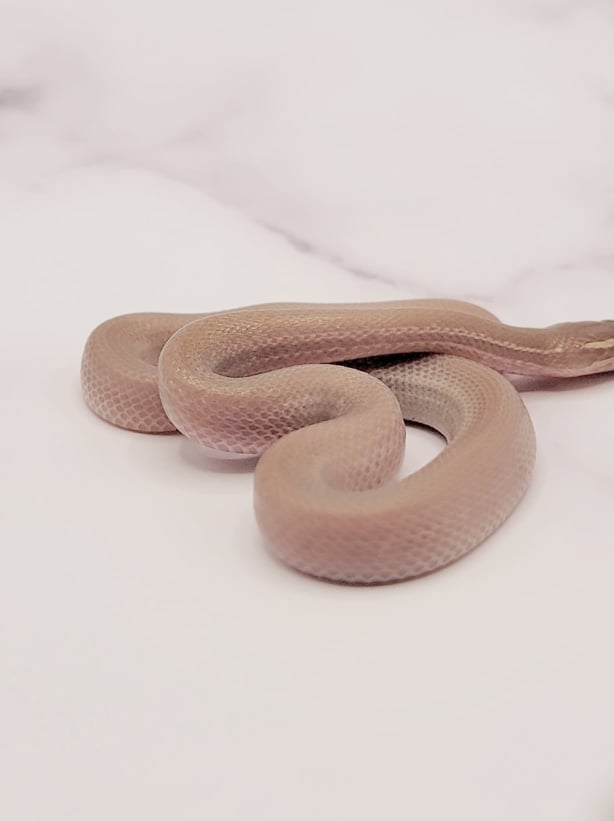 Feeds consistently on frozen thawed/prekill. Color shifts between light silver to green to deeper grey. Still a baby and one of the first of his kind so will be cool to see how he colors up as he ages.

This hatchling's mother was the greenest female of that clutch. Their pairing produced a green blue eye, so mom is 100 het blue eye, but in a clutch of only 5, there were no hatchlings I could say with 100% certainty were hypo. If dad is hypo then the clutch is all 100% het hypo, if not then they still could be carrying the het from either side. So its hard to say whether not this hatchling is also hypo (dont think so) or het hypo, or not, but there is definitely a possibility of it. Hope it helps!